Karin Evans is a longtime journalist and author. Her book The Lost Daughters of China: Abandoned Girls, Their Journey to America, and the Search for a Missing Past (Tarcher/Penguin) was a national best seller. The Grace to Race, the story of Sister Madonna, a now-88-year-old world champion triathlete, was published in 2010 (Simon & Schuster).

She has also edited books, on New Mexico (Santa Fe: The City in Photographs), medicine (Dr. Koop's Self-Care Advisor), water policy (Western Network's Water in the West ), and Western art (The Beat of the Drum and the Whoop of the Dance: A Biography of Joseph Henry Sharp). She contributed the afterword to Mei Mei: Portraits from a Chinese Orphanage by photographer Richard Bowen.

She has been an editor at Outside Magazine, the San Francisco Examiner, the Santa Fe Reporter, Rocky Mountain Magazine and Hippocrates Magazine. Her articles have appeared in The New York Times, The Los Angeles Times, Newsweek, Outside Magazine, More Magazine, Health Magazine, Hippocrates Magazine, the Greater Good, Mindful Magazine and many other publications. She holds an MFA in poetry and is currently at work on a collection of poems, a memoir, and a nonfiction book about finding connection in an age of loneliness.

Karin Evans lives in Berkeley, California with her husband and daughters, where she served until 2017 as Executive Editor for OneSky Foundation, an organization that provides infant nurture, preschools, youth mentoring, and family support for at-risk children in China and Vietnam. In 2017 she was named the Jonathan Rowe Fellow for Writing on the Commons by the Mesa Refuge. Evans is also a certified yoga instructor and active in the rescue and care of wayward huskies. 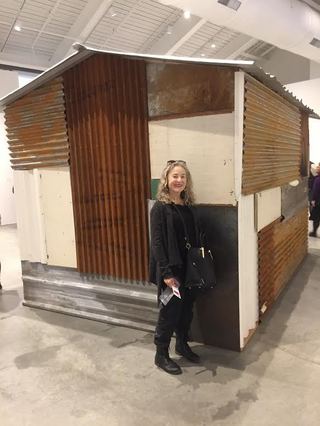