The Lost Daughters of China: Abandoned Girls, Their Journey to America, and the Search for a Missing Past

"In this balanced account of the extraordinarily complex issues, Evans is respectful of the Chinese, of adoptive parents, and of the rights of women. She is a wise, great-hearted woman who writes from both a personal and a cultural perspective."
–Mary Pipher 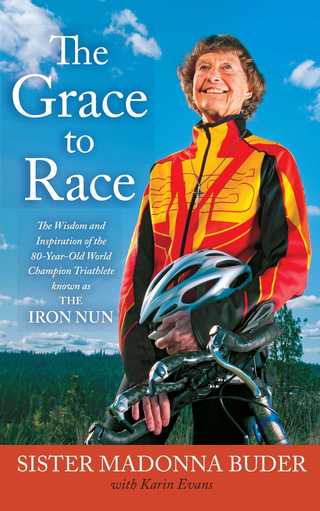 The Grace to Race: The Wisdom and Inspiration of the 80-Year-Old World Champion Triathlete known as the Iron Nun"

"The Grace to Race is inspiring and funny."
–Mary Higgins Clark

While working towards a MFA in poetry, Evans spent a lot of time writing in different venues in Berkeley. Here are two poems she wrote while writing at The Beanery, the coffee shop on College Avenue near Ashby.

Quiet cafe with its whispering people
whiff of coffee, muted thrum of thinking.
A woman with her tome on Chinese medicine
scratches out her notes in
red calligraphy. A man with thick
manila envelope spills out his papers
etched with numbers from the money men.

On a closed book titled Natural Goodness
a dark-haired girl lays down her head,
writing sideways in her journal, while
her tablemate, deep into his text
on literary criticism, absently fingers the
muffin crumbs she’s left upon her plate.

At the next table in the dimly lit cafe
the young pair huddles closer. He speaks with a
touch of foreign accent, emphatically,

his dark brown eyes on fire. She listens rapt.
And so do I. Let’s say the V is zero
I think he says, and there is a central extension,

like V plus one, whatever you want to call it.
She nods, ardently. He rattles off another string
of words and numbers, then smiles and runs

his fingers through his hair. And that’s
the Heisenberg, he tells her, his hand brushing hers.

Is this mathematics talk a kind of love language
I wonder. That’s what I’d have hoped when I
was young, if a boy with such deep eyes

and timbered voice were explaining
such a principle, so certainly, to me.

A Collection of Poetry

For the Children, Editor

Half the Sky Foundation's Guide to Infant Nurture and Preschool Education

Dr. Koop's Self-Care Advisor: The Essential Home Health Guide for You and Your Family

Walking Home in the Dark

The story of a Tang Dynasty poet

Santa Fe: The City in Photographs